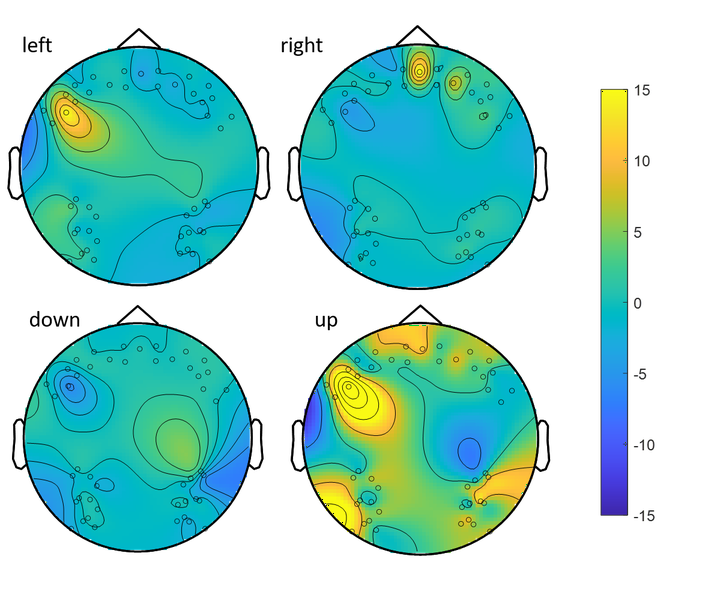 Motion is disruptive to neuroimaging methods. Motion artefacts range from large amplitude and short frequency spikes to drifts in amplitude causing cofounds in the analysis or completely invalidating any analysis, leading to epoch exclusion of data. However, we can only acquire ecologically robust information if subjects are engaging in natural interaction with their environment. Even more so in the case of sports, infants or motor disorder afflicted populations, where movement will happen. We proposed to study the relationship between channel location and Inertial Measuring Unit (IMU) quantified head movements, in order to better understand their effects in fNIRS data. Cerebral oxygenated (O2Hb) and deoxygenated (HHb) haemoglobin were measured bilaterally in prefrontal to frontal and occipital to temporo-parietal regions of healthy individuals. All participants performed controlled head movements in four conditions: Up, Down, measured by pitch IMU values; and Left, Right, measured by yaw IMU values, in varying degrees of movement. We analysed amplitude and coefficient of determination of O2Hb and HHb, within conditions and channel coordinates across subjects. Our results show that smaller angle magnitude movements (bellow 60 degrees in rotation) are significantly different than larger angle magnitude movements (above 75 degrees in rotation) with a p value of 0.0073; and that the Up condition is significantly different than other movement directions with a p value of 0.0001. We conclude that movement artefacts do not depend on area of measurement for the movement conditions studied. We recommend the application of threshold values for the future with the use of the IMU, by ignoring the effects of lower magnitudes of movement, while correcting or removing larger magnitudes. In future motion artefact removal, we recommend using an IMU for optimal head motion correction of cerebral oxygenation signals